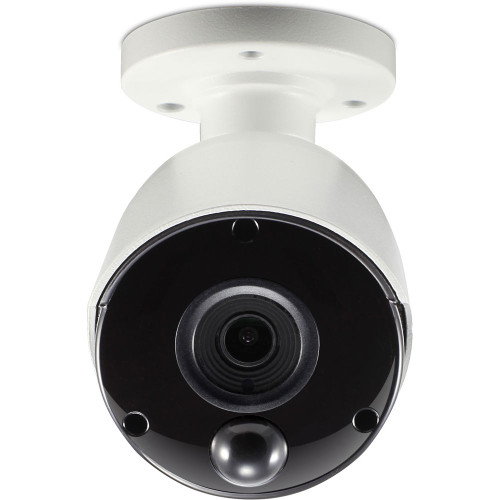 The 8-Channel 4980 Series 5.0-Megapixel DVR with 2TB HD & 4 PIR Bullet Cameras features Swann's True Detect heat and motion-based PIR detection. It reliably captures and records activity, with fewer false triggers and reliable push notifications. The DVR records and stores video on its built-in 2TB hard drive from up to eight cameras. The massive 2TB HDD can store months of recordings before it starts overwriting older footage. Each bullet camera can capture video at up to 2560 x 1920 resolution for clear video and images and has IR LEDs for up to 100' of night vision. Their built-in PIR sensors provide up to 32' of motion and heat detection.

Live monitoring can be accessed on smartphones and tablets via the free HomeSafe View app so you can keep an eye on things while you're away. Easily transfer videos to a USB stick or download via network with no ongoing fees ever. Set up the system to upload still images to your Dropbox account in the cloud. So even if your security system gets stolen, you'll have image evidence stored off-site. The cameras are IP66-rated, making them suitable for outdoor use. With a weatherproof design, the cameras are built to withstand rain, shine, snow and dust.

$599.99
See Details
x
Thank you or requesting a stock alert! Please enter your email address below and we will notify you when your item is in stock.