How A GPS Tracker Communicates

What You Need to Know About Satellites and Cellular Service

It's a common misconception that your GPS tracker relies solely on satellites to communicate location information. In reality, a GPS tracker functions a lot more like a cell phone: It calculates location, speed, and direction data using multiple GPS satellites, but it reports that data via a cellular network. When you’re using the BrickHouse Security GPS monitoring platform, you can check on a tracker’s location in real time, or generate alerts based on the tracker's activity. But a lot of people don’t realize that it takes a cellular signal to deliver that information.

There are a few exceptions to this rule. “Pure satellite” trackers calculate and report completely via satellite; they don’t use cellular signals at all. But these type of trackers are used primarily by businesses or government agencies for large asset tracking in areas where there’s little or no cell coverage. Unless you’re tracking internationally or in extremely remote areas (for example, through deserts or forests or across the open ocean), it’s not cost-effective for most consumers or businesses to rely on satellite-only reporting for real-time tracking.

Because the vast majority of trackers use both satellite and cellular signals to communicate, BrickHouse Security recently announced its transition away from the GSM network and onto Verizon's network. We felt it was helpful to explain how your GPS tracker communicates and why our switch to Verizon was both necessary and beneficial. 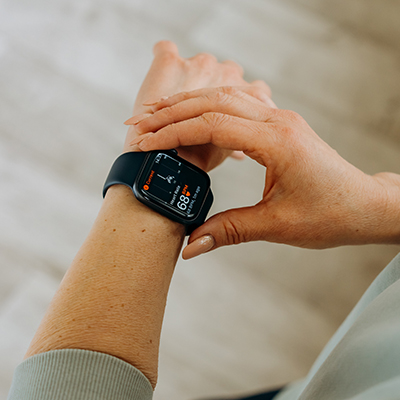 To understand how most trackers work, it's important to know the distinction between an active and a passive GPS tracker. Passive trackers, also known as GPS data loggers, take the information transmitted from GPS satellites and store it, with no means to transmit the data. To access location and speed information, the user needs to retrieve the GPS tracker and either plug the device into a computer or plug a SIM card into a computer to see the data. Active trackers, also known as real-time trackers, contain GPS satellite receivers in addition to cellular transmitters which enable the device to take in location information and transmit it as it happens.

As they're the only devices affected by changes to the cellular network, we’ll be discussing active trackers exclusively below. 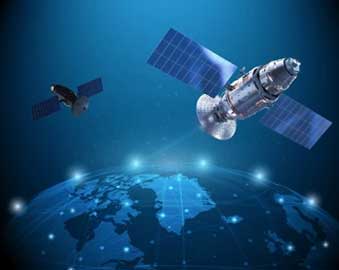 When a Mini GPS tracker receives location information from the Global Navigation Satellite System (GNSS), it is receiving microwave signals containing location, speed, time, and direction information. As of February 2016, there are 32 satellites in the GPS constellation (though only 31 are in use). To report data accurately, the GPS system requires a minimum of four satellites transmitting information to a receiver (tracker). At any given time, from any point on earth, there are about nine satellites visible from the ground (see this handy animation for a visual representation), providing a fair amount of redundancy in information. The receiver uses the information from multiple satellites to triangulate a location (as well as speed, time, and direction) based on variances in time. Each GPS satellite carries an extremely stable atomic clock which it uses as a baseline to calculate these variances.

Once that location information is received by the GPS tracker, the information is transmitted at set intervals using radio frequencies over the cellular network. Many of BrickHouse's real-time trackers report once per minute; though many can be set to report less frequently in order to preserve battery life, or more frequently to provide more accurate location information (though one minute updates are usually more than enough to pinpoint a tracker's trajectory and current location). 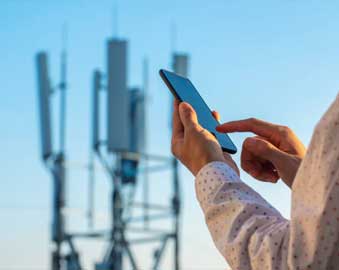 When a GPS tracker transmits information, the amount of data it sends is comparatively minimal. You don’t need nearly as robust a cell signal to receive location information as you do to say, stream video or have a conversation on your phone.

Much like the information received from the satellite, the cellular data contains location, speed, direction, and time. This data is transmitted to BrickHouse's GPS portal, which interprets it and displays it as a map view of plotted points. The platform is also able to generate text or email alerts in the event that a preset speed has been exceeded, a geographic region has been entered or exited, motion has been detected, or a panic alert has been generated.

By working in tandem with the GPS satellite network and the cellular network, Best GPS trackers are marvels of technology, without being overburdened by an excess of data. By keeping cellular communications minimal, GPS trackers have low data costs; and by relying on the platform to visually interpret the information, it gives the user countless opportunities for customization.