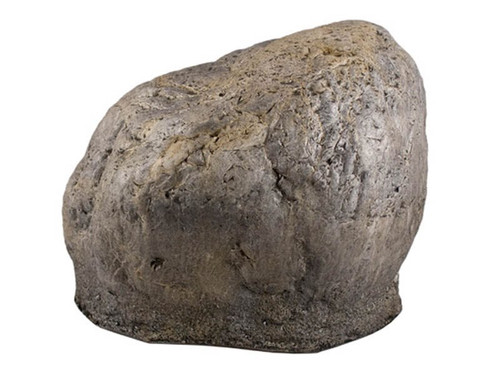 The 4K Wireless Outdoor Security Camera Rock looks like a rock but features a 4K camera and a DVR. What makes this surveillance system unique is that it's completely covert and that the camera's DVR lasts an astounding 90 days on a single charge. Whether you set the camera to motion activation or continuous recording, the DVR will record to a removable SD card for hours of recording. After you finish recording, viewing, transferring, and backing up your surveillance footage is as simple as plugging the SD card into your computer or directly plugging the DVR into your PC's USB port.

Additional features of this camera include video capture in 4K resolution, built-in DVR, and extra-long battery life that allows you to record for up to 16 hours of continuous recording or 90 days of standby. The camera features a 2-second start-up for motion-activated recording using PIR or heat-motion activation. An included bonus battery ensures that you can easily swap out the batteries for even longer recording time. 4K playback is up to 120 frames per second.

Storage: SD card up to 128GB of memory