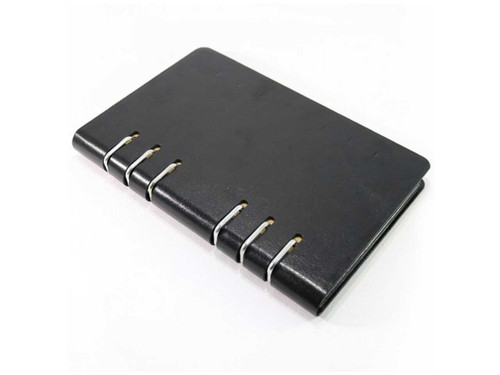 Whether you’re trying to make sure you don’t miss a moment of a journalistic interview, attempting to record a school lecture for later review, or have other needs for a discreet recorder, the Wireless Notebook Hidden Camera and DVR will fit in seamlessly. Continuously record or set it to start capturing when motion is detected with a battery life capable of recording video for up to 3.5 hours or up to 15 hours of audio.

Two recording modes allow for flexible and easy storage of your captured footage. Record directly to the included 16GB SD card for playback later or utilize the WiFi Direct connection. Also known as a peer-to-peer (P2P) WiFi connection, this innovative file transfer system allows you to stream live footage or record directly to the app for later playback without the need of a shared internet connection between the notebook and your phone. This is the same technology used for Google’s Chromecast and Apple’s Airplay, which is much faster than a Bluetooth connection. Add your own larger SD card up to 32GB for even more storage space.

Special Feature: Covertly record audio and video with camera hidden in the spine of a notebook

Storage: SD card up to 32GB

Capture footage with this wireless lamp camera. With motion activated recording you only g…